Homepage > The Inside Forward with Manchester United

The Inside Forward with Manchester United

The Inside Forward with Manchester United

Paul Scholes was often lauded as being a part of the ‘diamond’ at Manchester United, which was a semi-mythical attacking strategy, first seen in the 1960s, when legendary scorer from long range shooting, Bobby Charlton, was similarly praised as an exponent of the deep lying center forward role. It was noted by tacticians that a team playing with wingers, and a lone striker up front, invited the deployment of a player in midfield, who’d join the attack, using the space freed up by an opposition defense stretched to the wings, and strike effectively from that deep lying position. Charlton had been a left winger with the United team that won the league title in 1957, and had survived the February 6 1958 Munich air crash that decimated a United squad expecting to win the European Cup that term with an away draw at Red Star Belgrade in the semi-final, 3-3, after winning the home leg, 2-1, and with Charlton getting three of the goals. Then the diamond had been with England's center forward, Tommy Taylor, England's David Pegg, or Charlton on the left, and England's Johnny Berry on the right, with England's Duncan Edwards as the deep lying attacking midfielder, but Berry never played again, and the other three died in the snow, as the plane taking the team home to Manchester crashed on take off. 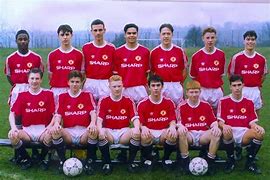 In United’s title winning season of 1964-65, Charlton had made a diamond with England's John Connelly on the right wing, and Northern Ireland's George Best on the left, and with Scot Denis Law, restored to the English game in July 1962 for ₤115, 000 from Italy’s Torino, where he’d been sold by Manchester City, replacing Scot David Herd as the main striker, the result was United’s winning the title again in 1966-67, after Charlton had helped England to win the World Cup in 1966, and would help United to their first European Cup triumph in 1968, with England's John Aston on the left wing, and two-footed George on the right, against Portuguese side Benfica, 4-1, both  events taking place at London’s Wembley stadium.

Scholes’ contribution within the United diamond from 1994-95 until 2012-13 was significant, although it required flexibility in the center back pairings which United fielded, for example, with the ‘Dolly and Daisy’ partnership at the center of defense, England's Steve Bruce (1987-96) and England's Gary Pallister (1989-98), and with Welshman Mark Hughes in attack, it was necessary for Pallister to step into the role of a second midfield player when Scholes went forward, leaving Bruce as a lone center back, before the play dictated that Pallister reverted to his center back position. Consequently, although the center back pairings and the main strikers changed over the years, Paul’s playing as a deep lying center forward meant that the strategy and tactics with regard to the deploying of center halves remained unchanging, which resulted in success for the club. 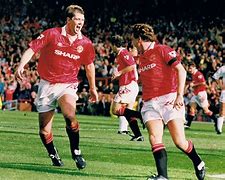 Scholes made 16 appearances in United’s title winning campaign in 2012-13, although his best seasons were between 1994-5 and 2004-05, in terms of goal scoring, when he failed to reach double figures in only 1994-5 (7), 1996-7 (6), and 2001-02 (9). Barcelona players admitted that he was the United player they feared the most because of his 14th minute Champions’ League semi-final winning strike, 1-0, from distance against the Spanish team to win the tie at Old Trafford, after a 0-0 draw at the Nou Camp stadium in 2007-08, a season in which United went on to beat Chelsea on penalties in the Final, 6-5, after United had gone ahead through Portuguese right winger Cristiano Ronaldo’s header on 26 minutes; cancelled out by England’s attacking midfielder, Frank Lampard, 1-1, just before half-time. 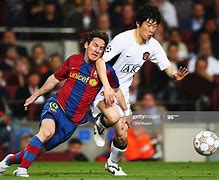 Alex Ferguson’s inexplicable decision to leave England midfielder Scholes out of the succeeding Final against Barcelona in 2008-09, and again in 2010-11, in favor of South Korea’s midfield dynamo, Park Ji Sung, was underlined when Ferguson had to ask Scholes to come out of retirement in January 2012 to play in what was then an unsuccessful United attempt at winning the English championship. United finally finished 2nd, but on less goals scored than Manchester City, with both clubs finishing the season level on 89 points, and with the same number of games won (28), drawn (5) and lost (5), although City’s scoring + 64 goals to United’s + 56 lost United the English championship. However, Scholes value to the team was emphasized again the following season when United won the title with Paul making 8 league appearances and 8 as substitute for a single goal before retiring for good as United’s points tally, again 89, was then enough to beat Manchester City into second place with 78 points, and United’s + 43 goals to City’s + 32 was largely due to Ferguson’s ₤24 m inspired purchase of Arsenal’s Dutch forward, Robin van Persie, who top scored with 26 league goals. 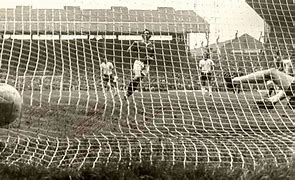 Scot Sir Alex Ferguson’s retirement as Manchester United manager added spice to the climax of the 2012-13 season, but United’s persevering with the diamond pattern to their play was an indication of the strength of the strategy. Although coaches had normatively asserted that the diamond required wingers, for example, Scots’ right wing Willie Morgan, and Irish left wing Gerry Daly, in the 1974-75 season, when United won the Second Division championship after being relegated the previous season, and England's right wing, David Beckham, and Wales' left wing Ryan Giggs, during 1993’s first title win for 26 years, experimental strategic approaches began with the appointment of Dutch national team manager, Louis van Gaal, after the 2014 World Cup Finals, when he was willing to play three center backs with the full backs playing as wing halves, as well as a diamond in midfield, which was largely unsuccessful because erratically implemented, but resulted in United’s winning the FA Cup Final in 2016 against Crystal Palace, 2-1, a,e.t., and was therefore a significant improvement on United’s first choice as manager to replace legendary Ferguson, David Moyes of Everton, who far from the 13 titles his predecessor won, didn’t ever win anything, despite making it to the 2014 League Cup semi-final at home to Sunderland, 3-3, on aggregate in the second leg, after losing the first, 1-2, and before losing on penalties after drawing level, 2-1, in the second leg, when only Scots’ captain, Darren Fletcher, could find the net and the team lost the shoot out, 1-2.

Gaal himself was replaced for the 2016-17 season by world-renowned Portuguese manager, José Mourinho, whose diamonds won the League Cup, 3-2, against Southampton, and the Europa Cup, 2-1, against Dutch club Ajax of Amsterdam that campaign, before failing to win the 2018 FA Cup Final the following season, 0-1, through a 22nd minute penalty by Chelsea’s Belgian forward Eden Hazard, led to Mourinho’s being replaced by Norwegian Ole Gunnar Solskjaer, the prolific forward that had scored United’s last gasp 93rd minute goal to defeat Bayern Munich of the German Bundesliga, 2-1, in the 1999 European Cup Final. 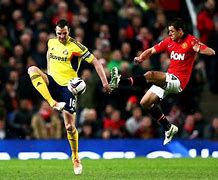 Solskjaer’s reign was characterized by a curious phenomenon in strategic terms; the winger playing as inside forward. The inside forward role had been predominantly United in the 1940s because of what the coaches called the half back line, for example, John Anderson, Allenby Chilton, and Henry Cockburn were the right half, center half, and left half for United when they won the FA Cup Final against Balckpool in 1948, 4-2, and continued on to their league title win in 1952. In other words, United then played with left and right full backs, and three center backs, that is, without a recognizable modern midfield, and wingers with a center forward and left and right inside forwards, which Van Gaal had begun to translate in the modern era by playing left wingers as inside rights, and right wingers as inside lefts, which was how left-sided player, Spain’s Juan Mata, was subsequently deployed after David Moyes secured his transfer from Chelsea  in January 2014. 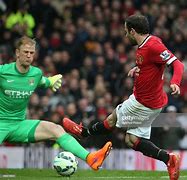 Moyes was sacked in April, and it might have been a factor in United’s subsequent deployment of wingers as inside forwards that the interim manager before Gaal’s appointment was Welsh winger, Ryan Giggs. Antonio Valenica of Ecuador had been a right winger, before being withdrawn into a right full back role, and England winger Ashley Young saw service at both left and right full back for United, which might have had something to do with the tactical switch. Although Mourinho bought Armenian captain and right wing, Henrik Mkhitaryan, from German Bundesliga club, Borussia Dortmund for ₤30 m, he was selected on the left as a right footed inside forward, while winning goal scorer in the FA Cup Final of 2016, England winger Jessie Lingard, was played on the right as a left footed inside forward. However, it wasn’t until Solskaer took over the managerial reins for the 2018-19 season that Welsh right winger Daniel James, for example, bought for ₤15 m from Swansea by Ole for the 2019-20 season, was blatantly deployed on the left wing as a right footed inside left, rather than out wide on the right. 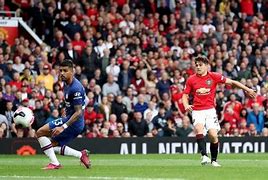 Although the sight of a left footed player cutting inside on the right wing looks at first sight adventurous, in fact it’s a sign of a team’s timidity, that is, because they don’t have a center forward, who can get on the end of crosses from the wings, as Belgian center forward, Romelu Lukaku, had done for Mourinho, before he was sold by Solskjaer in August 2019 to Italy’s Internazionale of  Milan. Instead, the players try to play the ball into the net through close touch ball control, which invariably breaks down at some distance from goal, while dynamic wingers actually deliver the ball into the penalty box, where it’s the responsibility of great attacking players to ‘make hay while the sun shines’. If they can’t, it isn’t because the wingers aren’t good enough, it’s because the forwards are inadequate to the task, which is the danger for clubs like Manchester United. Withdrawing the wings, because the forwards aren’t of a high enough standard to score, is soccer suicide.