Manager at Manchester United for the 2017-18 season, after winning the English League Cup and Europa Cup double the previous season, José Mourinho must’ve wondered where it’d all gone wrong. A United team, sparkling with stars, lost the 2018 FA Cup Final, 0-1, and as early as the 22nd minute. A penalty awarded to their Wembley opponents was driven into the net, low and to the right of the red devils’ Spanish ’keeper, David De Gea, by Chelsea’s Belgian captain and center forward, Eden Hazard, who’d himself been brought down by a sliding tackle from, Phil Jones, United’s England center back. 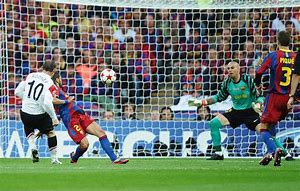 Mourinho’s preference for England forward, Marcus Rashford, and Chile’s Alexis Sanchez for the May 19th FA Cup Final contest was reminiscent of Alex Ferguson’s last days as manager when, inexplicably, he chose the bustle of Park Ji Sung, the Korean midfielder, over the player Barcelona said they feared the most, England’s Paul Scholes, for the European Cup Finals of 2009 and 2011. It was Scholes that had scored the 14th minute goal from distance that had beaten Barcelona in the semi-final of 2008 at Old Trafford after the first leg in Spain had ended 0-0. United had gone on to defeat Chelsea on penalties, 6-5, at Russia’s Luzhniki stadium, Moscow, with left winger, Ryan Giggs, applying the coup de grâce. A 26th minute header from Portuguese right wing, Cristiano Ronaldo, and a 45th minute burst-through goal from England midfielder, Frank Lampard, had resulted in a 1-1 draw. After that victory it’d been expected that Scholes would be at the heart of United against Barcelona when they again made the Final in 2009, and again in 2011. 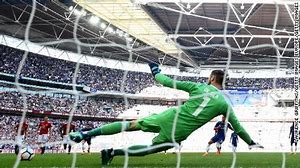 Ferguson’s mistake was so glaring in 0-2 and 1-3 defeats to the Spaniards that, when the reds were losing the English championship on points to rivals Manchester City, Scholes was asked to swallow his pride and come out of retirement to make 14 starts, and United just failed that 2011-12 season  to beat City, who won on more goals scored with 89 points, although the following 2012-13 season United finished nine points clear of City and Scholes’ 8 starts, and 8 appearances as substitute, did help inspire the team to the title. The omission of Scholes from the 2009 Final was compounded by Ferguson’s preferring to play without Bulgarian striker, Dmitar Berbatov, against Barcelona, or Argentine center forward, Carlos Tevez, who’d led the line in the 2008 Final. The prolific Berbatov had scored  9 times in the league after arriving from Spurs in September 2008. Berbatov, who scored 20 league goals in United’s title-winning 2010-11 season, wasn’t even in the squad for the European Cup Final against Barcelona, which United lost, 1-3, after drawing level in the 34th minute through England center forward, Wayne Rooney, who curled in a shot to the left of Spanish ’keeper, Victor Valdés, and into the net from 15 yards after playing a one-two  on the right of the Barca goal with Wales’ 38 year old former left winger, Ryan Giggs, now playing in a distributive midfield role because of his advancing years. 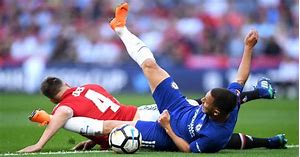 Ferguson’s subsequent decision to pick England center forward, Danny Welbeck, over Berbatov’s prolific goalscoring talent, was similarly disastrous. Although Welbeck had looked promising, and led the line in 2011-12, scoring 9 goals in 23 starts, United had finished second to City on goals scored while Berbatov returned 7 goals in 5 starts and the team might’ve won the championship if he’d played more. Although United did win the title the following season, Welbeck scored only once in 27 starts, which underlined Ferguson’s misplaced faith. Danny had come to prominence in the 2009 League Cup Final defeat of Tottenham Hotspur when the game ended 0-0 with him at center forward. Danny’d only made three first team appearances for 1 goal that season, and although the team won on penalties, 4-1, it meant that Danny didn’t have to take his, and he managed to miss his penalty against Sunderland in the Old Trafford 2014 League Cup semi-Final second leg when United went out of the competition on penalties, 1-2, with only Scots’ midfielder, Darren Fletcher, finding the net for United, which meant that replacement for the retired Ferguson, David Moyes, was then sacked as manager. 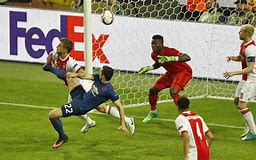 Dutch performances in the 2012 World Cup Finals saw their manager, Louis Van Gaal, installed at United and the team did win the 2016 FA Cup Final, 2-1, with goals from Spanish inside left, Juan Mata, brought by Moyes from Chelsea, and England winger, Jessie Lingard, a product of United’s youth policy. However, only a single cup success for Gaal meant his being replaced by Mourinho, whose international reputation with Porto and Inter Milan, with whom he’d won European Champions’ Cup titles in 2004 and 2010 respectively, virtually guaranteed his appointment. Building on success, Mourinho brought Armenian right-winger and captain, Henrikh Mkhitaryan, Frenchman Paul Pogba, who’d been brought from Ligue 1’s Le Havre in October 2009 to join United’s youth team squad, which won the 2011 FA Youth Cup (with Lingard also in the team), and was sold by United to Juventus on July 3rd 2012 by Ferguson, where he’d win two consecutive Italian titles (2012-13; 2013-14) as the central midfield powerhouse, followed by consecutive Italian doubles of league and cup (2014-15; 2015-16), and Supercoppa Italiana (2013; 2015) before returning at a cost of £89.3 million, while elderly Swede, Zlatan Ibrahimović, arriving from French club, Paris Saint-Germain, where he’d scored 38 goals in 2015-16, was expected to enjoy a productive Indian summer at Old Trafford at the age of 37 after winning titles at Ajax, Juventus, Inter Milan, Barcelona, A.C. Milan, and Paris Saint-Germain. 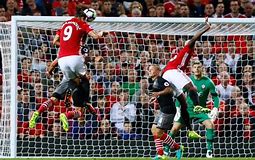 Pogba, who’d win the World Cup with France in 2018, 4-2 against Croatia, and who’d score the third French goal in the 59th minute with a left foot shot high into the left of the Croatian net, 3-1, in the 2017 Europa Cup Final had a long range left foot shot deflected by Ajax center back, Columbia’s Davinson Sánchez, over and past Cameroon ’keeper, André Onana, in the 18th minute, while Mkhitarayan added a second, flicking the ball with his right foot over the ’keeper’s head and with his back to goal, following a headed knockdown by United’s England center back, Chris Smalling, after a corner on the right from Juan Mata in the 48th minute, so giving United victory, 2-0. Although Ibrahimović  didn’t play, because of a cruciate ligament injury that, most unfortunately for Mourinho, ended his Old Trafford career, his goal in the League Cup Final of 2017 from a long-range free-kick that went over the Southampton wall, and into the left bottom corner of the net beyond the despairing dive of ’keeper Fraser Forster in the 19th minute, was followed by a second 87th minute headed goal after a cross from the right by Spain’s central midfielder, Ander Herrera, to the far left post where Ibrahimović powered it home. It was a strike that restored United’s advantage. Lingard had made it 2-0 after receiving a pass from Argentine center back, Marcus Rojo, wide on the left, resulting in his right foot low shot into the right of the S’ton net on 38 minutes. However, S’ton forward, Italy’s Manolo Gabbiadini, had cancelled that out in the 45th and 48th minutes, 2-2. Ibrahimović’s late headed goal, so ensuring a 3-2 win for the United manager, meant the 0-1 defeat to Chelsea in the FA Cup Final of 2018 looked to casual observers as a mere blip in the club’s inevitable climb back to greatness. However, Mourinho’s decision to sell Mkhitarayan,  in a swop deal for Arsenal’s forward Alexis Sanchez in January 2018, represented a failure to find an adequate replacement for Ibrahimović, who scored 17 league goals that 2016-17 season, and meant that his Ferguson-like decision to prefer Rashford and Sanchez in the 2018 FA Cup Final came to look like suicide. 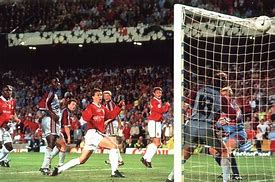 Belgian forward, Romelu Lukaku, and France’s Anthony Martial remained on the bench until late in the game. In three seasons at United that term’s 7 goals was Rashford’s highest return, while Sanchez had only scored three league goals by January 2019. Contrarily, Lukaku, who’d been brought from Everton, had scored 17 goals that season, and Martial, who struck 9 times in the league that season, and 11 times in his first at the club, 2015-16, but had been used often as a winger, which reduced his effectiveness in terms of goals scored, were comparatively prolific. Consequently, United’s defeat to Chelsea, 0-1, was blamed on the absence of wingers and forwards. With an almost minus goal difference coming up to Christmas 2018, and with the team 6th in the league, Mourinho was sacked. New manager, former Norwegian center forward Ole Gunnar Solskjaer, who’d scored the United goal that beat Bayern Munich in the 1999 European Cup Final, 2-1, began with four straight victories; 5-1 away at Cardiff; 3-1 against Huddersfield and 4-1 against Bournemouth at the ’Theater of Dreams’, and 2-0 away at Newcastle, which improved United’s goal difference to 11, and the way to salvation was clear.