The retirement of Wales’ left winger, Ryan Giggs, meant a gap on the Manchester United left wing that needed to be filled. Giggs made 672 appearances for 114 league goals between the 1990-91 season, in which he debuted, as a seventeen year old former England school boy international, and then Wales Under 18 international, substituting for left full back, Denis Irwin, on March 2nd, 1991, in a defeat, 0-2, to Everton at Old Trafford’s ‘theater of dreams’, before  scoring in his only other and full appearance that campaign, a derby defeat of Manchester City, 1-0, on May 4th, 1991, and his farewell in the 2013-14 season, during which he made 6 (6) appearances, and finally in the role of player manager, putting himself on the field as a 40 year old 70th minute substitute for Welsh debutante, forward Tom Lawrence, in a 3-1 home defeat of Hull City on May 6th, 2014. 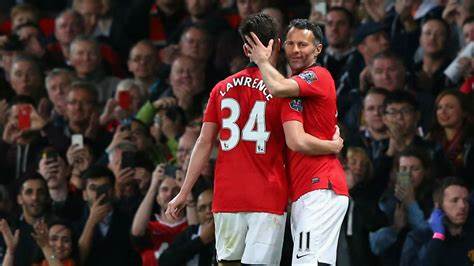 Former Everton manager, David Moyes, had been chosen by the board as replacement for retired managerial legend, Alex Ferguson, who in 2012-13 had brought the last of his 13 league titles to the club, following his own appointment as manager at Manchester United on November 6th, 1986. Moyes was sacked on April 22nd, 2014, largely because of a defeat to Sunderland at Old Trafford in the second leg of the League Cup semi-final, 1-2, on penalties, with all those chosen to take the spot kick failing, that is, England center forward, Danny Welbeck, Belgian midfielder, Adnan Januzaj, England center back, Phil Jones, and Brazilian left back, Rafael da Silva; all apart from central Scots’ midfielder, Darren Fletcher, that is, and after the teams had drawn after extra time, 3-3, on aggregate, with each club winning their home leg, 2-1. 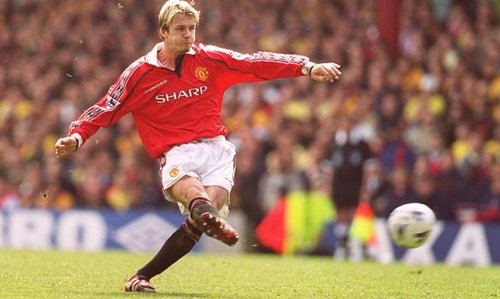 However, although the value of Giggs’ contribution from his debut as a seventeen year old is indubitable, especially alongside England right wing, David Beckham, who made 265 league appearances for the club, scoring 62 goals, between the 1994-95 and 2002-03 seasons, debuting on 23rd September, 1992, as substitute for Russian Federation winger, Andrei Kanchelskis, against Brighton & Hove Albion in the League Cup, 2nd round 1st leg, seventeen year old England schoolboy Beckham, signing a professional contract after a draw, 1-1, away at the Goldstone Ground, due to a 36th minute opening goal from England left winger, Danny Wallace, equalized through a header from Matthew Edwards, the absence of an adequate replacement out wide on the left became palpable. 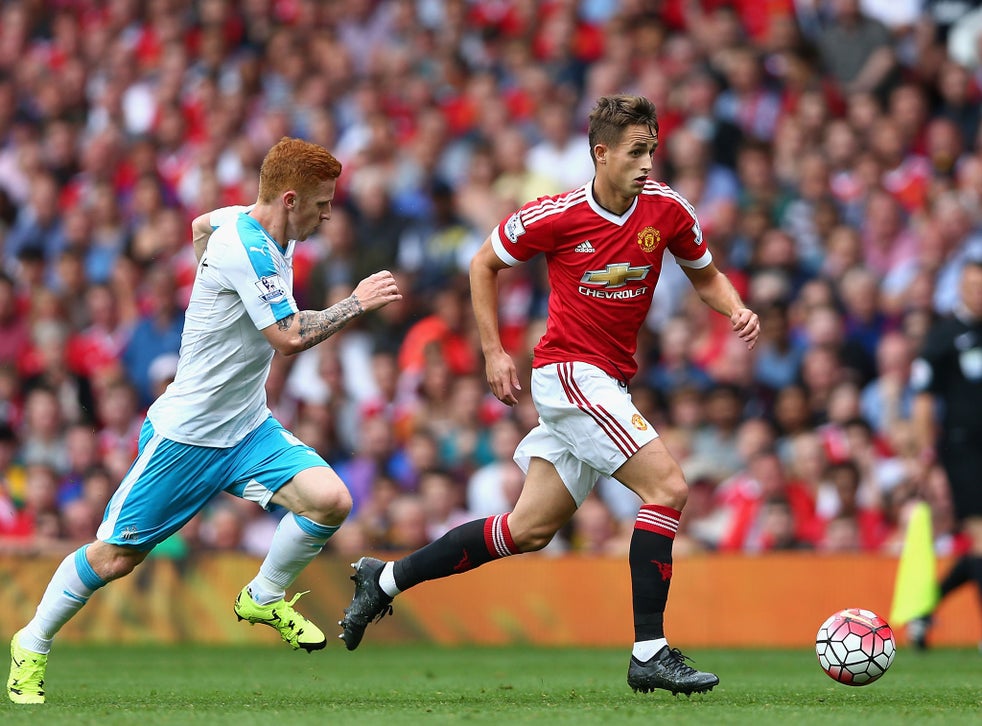 Apart from the evident value of wingers to success for Ferguson, who always had four or five to choose from during his tenure, the apparent failure of successive managerial regimes to find a left wing has an added cultural dimension; Islam. The emergence of players whose cultural obligations are other than western Christianity is both welcome and symptomatic of an underlying malaise unrecognized by soccer chiefs. Perhaps the most prominent are Liverpool’s Mohamed Salah and Manchester United’s own central midfield giant, Paul Pogba, winner with France of the 2018 World Cup Final in Moscow at the Russian Federation’s Luzhniki Stadium, against Croatia, 4-2, after being a victorious opening goalscorer on 18 minutes at the Friends Arena, Solna, Stockholm, Sweden, with Manchester United during their Europa Cup Final defeat of Ajax of Amsterdam, 2-0, the previous 2016-17 season. 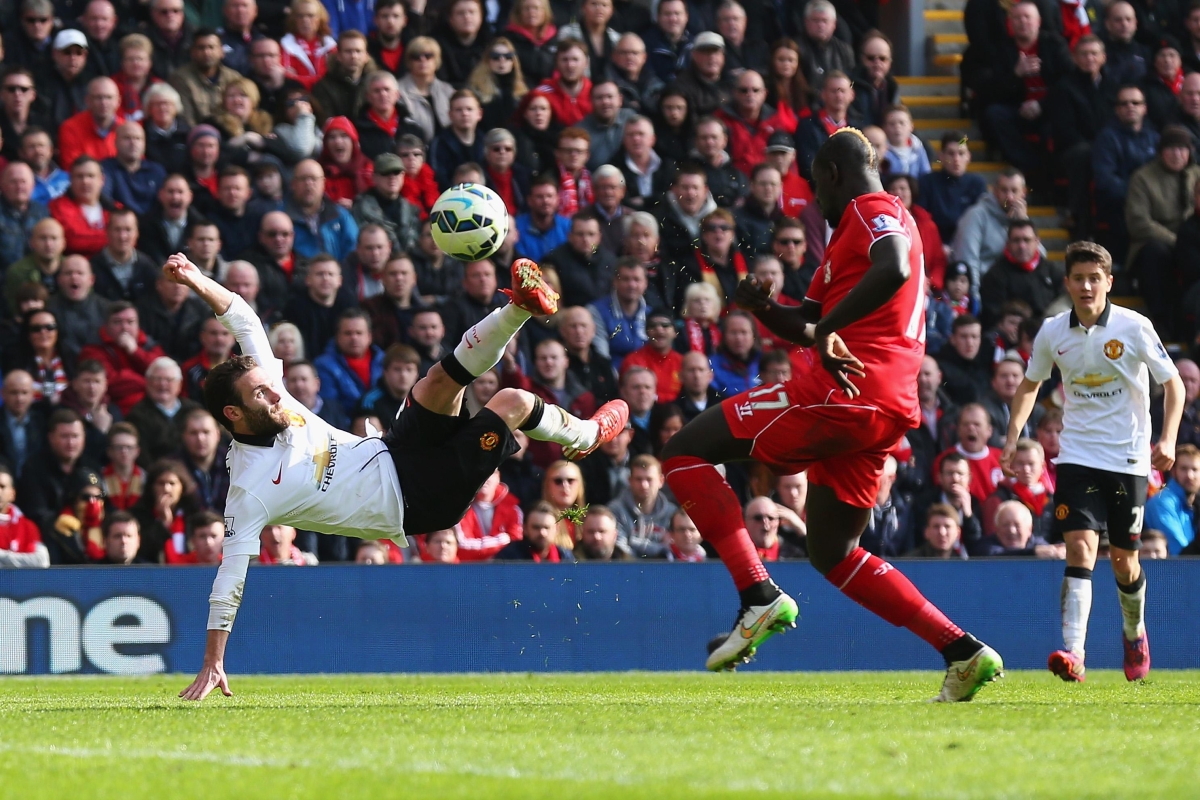 The contribution of Moslem players is undoubted. Egypt’s center forward and captain, Salah at Liverpool, has a clean sweep of all of the major English and European trophies; the league championship in 2019-20; the European Champions’ Cup in 2018-19; the European Super Cup in 2019, and the FIFA World Club Cup in 2019. Liverpool hadn’t won the league title since 1989-90 before Salah, who got to add those medals to his collection after netting 73 times in 108 league games. However, the Moslem religion is devoted to right hand correction; everything is right justified: a word processing term because Arabic, like Hebrew and Aramaic, the languages of the Bible, is written from right to left. Although that can’t explain the absence of a left winger at Manchester United, it does indicate a source of resistance to left and right western thinking, which is based on reading and writing from left to right; for example, successive Manchester United managers preferred to deploy inside forwards, and left footers, like Spain’s Juan Mata, brought by Moyes for £37.1m from Chelsea on January 24th, 2014, were required to serve as right inside forwards, while right footers served as inside lefts; a bizarre inversion denying the value of the left footer on the left wing, who’d been Ashley Young at the time of Giggs’ retirement, but like Ecuador’s winger Antonio Valencia on the right, Young was withdrawn into the full back position, so leaving the left wing yawningly vacant once more. 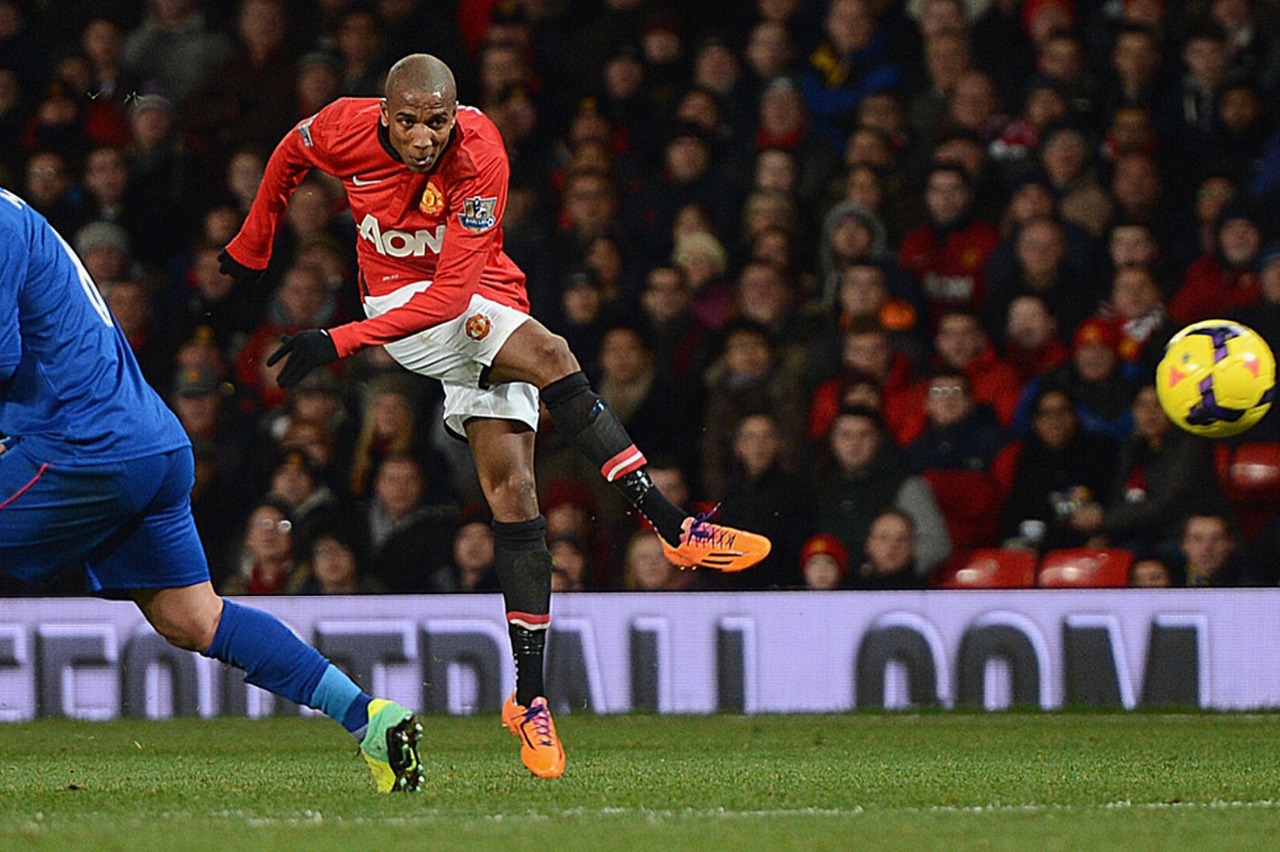 The appearance of the term ‘winger’ to denote any player, whether left footed or right, who practiced his art out wide, is similarly symptomatic of a desire to neutralize the especial qualities relating to the artistry of the left sided player. Common explanations heard from players include ‘two-footed’, ‘either foot’, ‘both feet’, and ‘either wing’, while the supporters want to know who it is that the manager can select to play wide out on the left? Wales’ right winger, Daniel James, arrived at Old Trafford for £15m from Swansea on June 6th, 2019, and was sold to Leeds United for £25m on August 31st, 2021, after 39 (11) games and 6 goals, and his replacement, Jadon Sancho, arriving from German Bundesliga club Ballspielverein Borussia 09 e. V. Dortmund for £73m on July 23rd, replacing James as a substitute in a 5-1 win over Leeds on August 14th, 2021, was described as a right winger who’d played on the left for Dortmund. Presumably because the Bundesliga outfit had succumbed to Moslem pressure themselves and so a left winger wasn’t selectable.

The emergence of the single winger team with the player who, right footed, can ply his skills on either side of the pitch, is a symptom of a wider cultural issue. To what extent are left wingers being stifled out of the game by religious zealots espousing the expertise of the soccer tactician? United’s choice after Moyes was Dutch national team boss, Louis van Gaal, who signed for the right wing Argentina’s Ángel Di Maria from Real Madrid on August 26th, 2014, for £59.7m. Di Maria was transferred to French Ligue 1 side Paris Saint-Germain for the start of the 2015-16 season with 20 (7) league appearances for 3 goals, after being sent off in an FA Cup  6th round defeat to Arsenal at home, 1-2, which only tended to emphasize the unbalanced ineffectiveness of a bird at prey with but a single wing. Teams playing against the ‘red devils’ quickly realized that the way to nullify United was to turn to the right and sweep the wing off the field. With no alternative avenue of attack on the left, and despite Di Maria’s obvious strength and power, any tenacious full back, wing back or half back, could adopt the renowned ‘bite yer legs’ style of Leeds’ phenomenally tough England center back, Norman Hunter (1962-76), and clatter him out of the game, a fate which Di Maria’s German replacement from  Fußball-Club Bayern München e. V., Bastian Schweinsteiger, also experienced after his arrival on July 13th for the 2015-16 season for £13.5m. Bastian made 13 (5) appearances for 1 goal before leaving for the United States’ Major League Soccer (MLS) side, Chicago Fire, on March 21st, 2017, while at Bayern he’d won eight Bundesliga championships; in 2002-03, 2004-05, 2005-06, 2007-08, 2009-10, 2012-13, 2013-14, 2014-15, and the European Champions’ Cup in 2012-13. 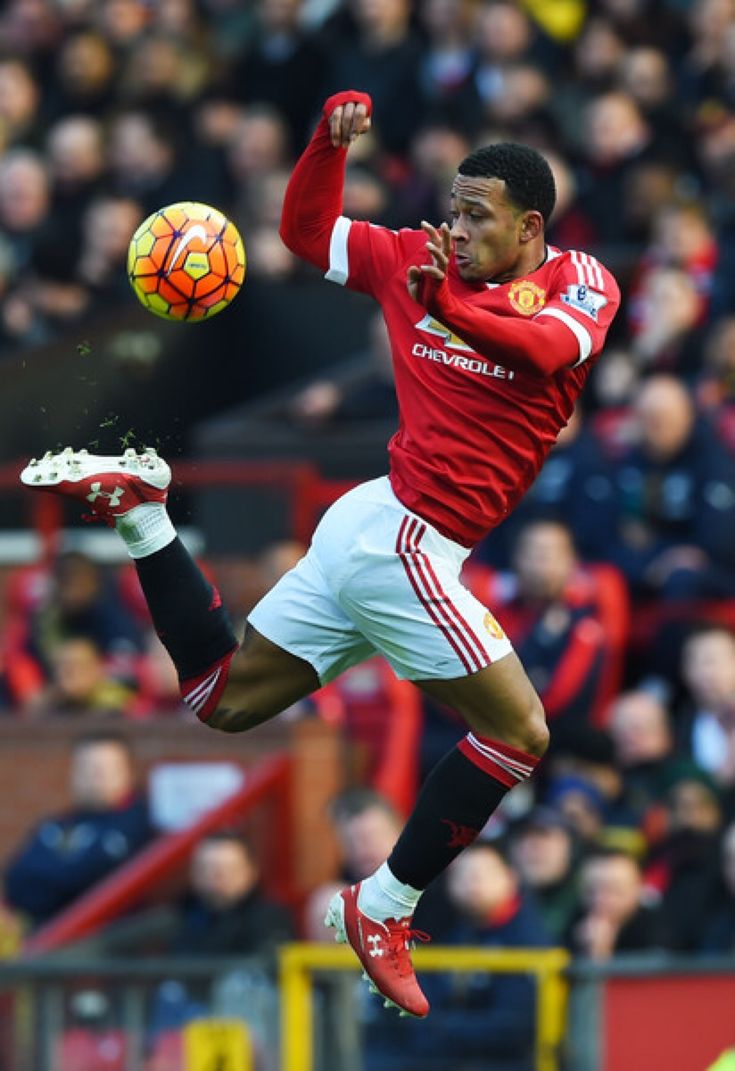 Memphis Depay, making 16 (13) league appearances for 2 goals, similarly lasted a year, after being signed for the 2015-16 campaign for £25m from Philips Sport Vereniging (Philips Sports Union), Dutch Eredivisie club, 'Lightbulbs' PSV Eindhoven. Although United won the FA Cup that season, 2-1, against Crystal Palace at London’s Wembley Stadium, left footed winger Mata was deployed on the right, and got the equalizing goal, 1-1, volleying in with his left on 81minutes, after a cross from the right wing by England center forward, Wayne Rooney, chested down to Mata in the Palace box by Belgian midfielder, Marouane Fellaini, subsequent to Palace’s opener on 78 minutes. A cross on the right from Palace full back, Joel Ward, had been met with a controlled left footed volley on the left of the United penalty area from Jason Puncheon, 0-1, who’d come on for France’s attacking midfielder, Yohan Cabaye, on 72 minutes. France’s right footed winger, Anthony Martial, similarly deployed inexplicably on the left, suggested the malaise of left footed inside right and right footed inside left was destined to cripple United’s wings permanently. Although right wing, Jessie Lingard, came on for Mata in the 90th minute to volley the winning goal in the 110th minute of added extra time from the edge of the Palace 18 yard box, van Gaal was sacked and replaced by Portuguese legend, José Mourinho, who’d already won the European Champions’ Cup in 2003-04 with Portugal’s Porto and again in 2009-10 with Italy’s Inter Milan. 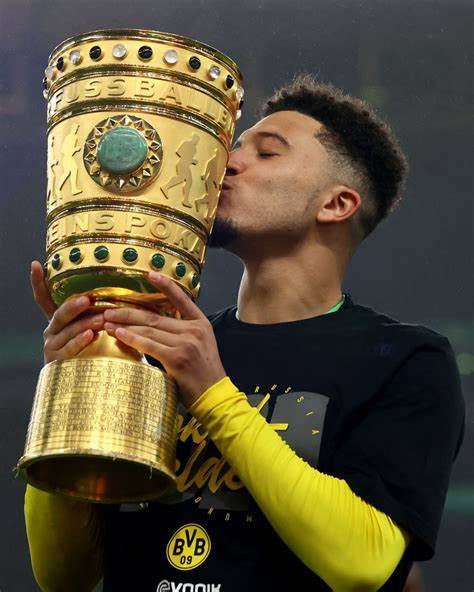 Mourinho moved quickly in the transfer market to secure the services of Armenia’s captain, right winger Henrikh Mkhitaryan, from Borussia Dortmund for £30m, an investment which paid dividends throughout the 2016-17 season as United won the League Cup, 3-2, against Southampton, and the Europa Cup against Ajax, 2-0, with Henrikh hooking the ball in over his head for the second of the night on 48 minutes, after Pogba’s deflected drive, looping over the ‘keeper’s head, had opened the scoring on 18 minutes. United finished 6th in the league, and although the team made it to the 2017-2018 season’s FA Cup Final, an Eden Hazard penalty, 0-1, after the Chelsea forward was clumsily brought down on 22 minutes by England center back Phil Jones’ sliding tackle, ultimately resulted in Mourinho’s departure on December 18th, 2018, with only 7 wins in 17 games at the start of the 2018-19 season. 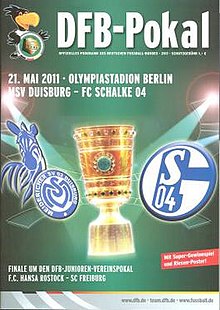 Former United and  Clausenengen Fotballklubb (CFK) forward (1990-95), then managing his Kristiansund birthplace Møre og Romsdal  county’s Molde Fotballklubb (MFK), which he played for between 1995 and 1996 in Norway’s premier Eliteserien league, scoring 31 goals in 42 games, Norwegian Ole Gunnar Solskjaer, who Ferguson signed for £1.5m halfway through the Eliteserien April-October 1996 season on July 29th, scored the last gasp winner of the 1999 European Champions’ Cup Final in the 93rd minute against Germany’s Bundesliga side, Bayern Munich, 2-1, after England center forward, Teddy Sheringham, had struck in the 91st minute to equalize Bayern’s right forward Mario Basler’s 6th minute strike from a free kick, and was appointed manager at Old Trafford on December 19th, 2018. 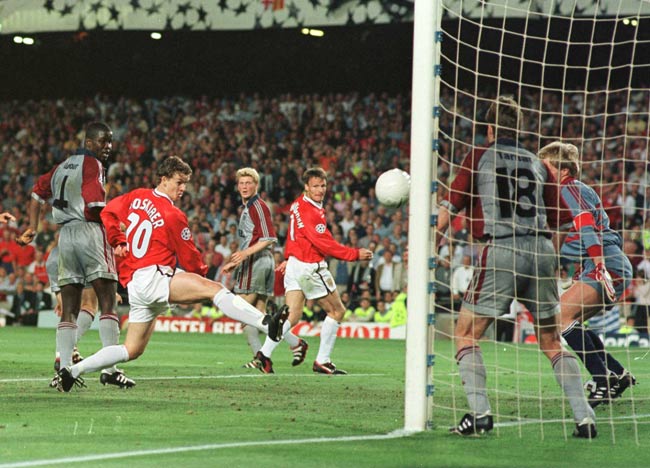 Solskjaer inherited the services of Frederico Rodrigues de Paula Santos, Brazilian left footed midfielder, Fred, bought by Mourinho for £47m from the Ukraine’s Shakhtar Donetsk on June 15th, 2018, and secured the transfer of right winger, Daniel James, from Swansea. The club suffered defeat at the semi-final stages of three competitions; the League Cup, the FA Cup, and the Europa Cup. However, it’s unlikely that the team would have got so far without Solskjaer’s inspired late addition of high scoring creative Portuguese midfielder, Bruno Fernandes, who had 8 league goals from 14 appearances, after being transferred from Portugal’s Sporting CP on 30th January, 2020, for £67.6m. 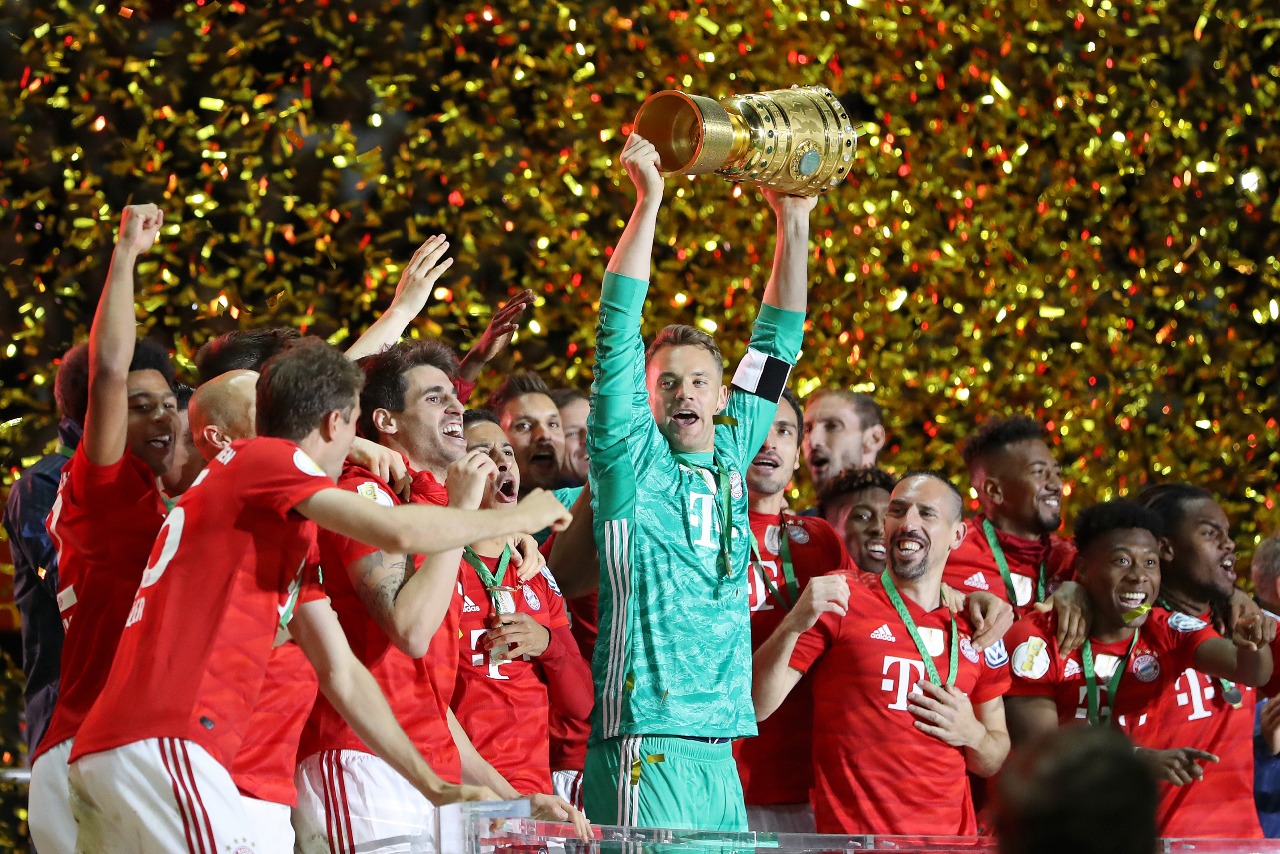 Despite making it to the 2020-21 Europa Cup Final at the Gdańsk Stadion, Poland, Solskjaer’s United lost on penalties, 10-11, to Spain’s Villareal, with ‘keeper de Gea missing the last spot kick, after added extra time when the match had finished, 1-1, thanks to an opportunist 55th minute equalizing strike from 33 year old Uruguay center forward, Edinson Cavani, brought on a free transfer from Paris Saint Germain, on October 5th, 2020, after a January 15th back injury incurred in a 3rd round FA Cup replay win over Wolves, 1-0, and which put England center forward, Marcus Rashford, out of the game for three months, revealed weaknesses in the reserve strikers. Although United finshed runners up in the league title race in 2020-21, Fred’s eclipsing Mata as the favored left foot only underscored the fact that United hadn’t found a left wing of the caliber of Welsh wizard, Ryan Giggs. 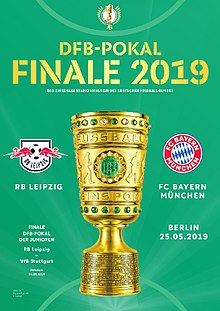 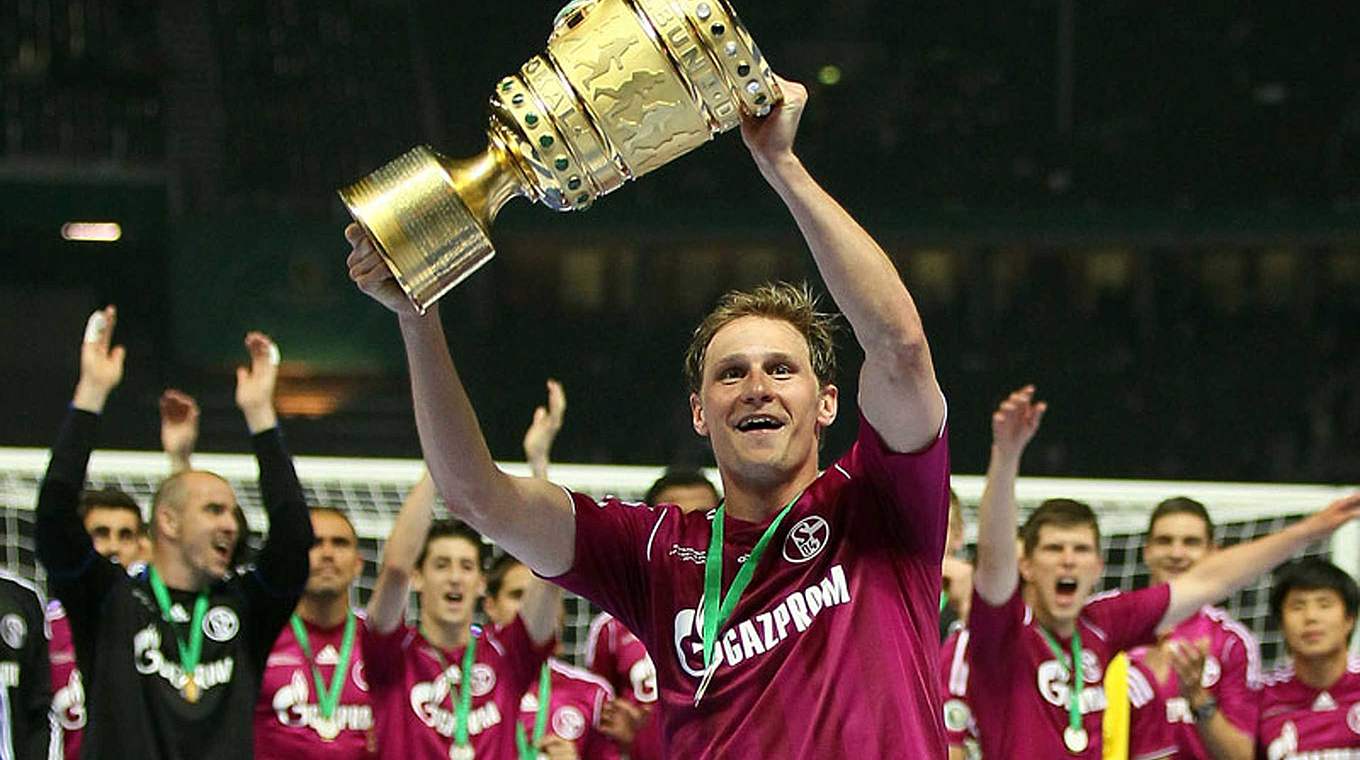