Arriving at Manchester United at the beginning of the 1987-88 season, Brian McClair had won the Scottish FA Cup in 1985 and the Scottish league championship in 1986 as a goalscoring centre forward brought to Old Trafford by Alex Ferguson who bore a strikers` resemblance to future United captain, Bryan Robson, as a player for `Gers. 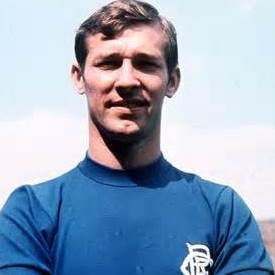 For many years the taboo against playing for both Glasgow Celtic and Rangers remained until striker, Alfie Conn, who`d been transferred to England`s Tottenham Hotspur (1974-77) from Protestant Rangers (1968-74), went to the green hoops of Catholic Celtic (1977-79), where he scored 32 goals after netting 38 for `Spurs` and 93 for Rangers. Former `Gers centre forward, Alex Ferguson, Manchester United manager (1986-2013), had no such taboo against Celtic players to enforce at traditionally Catholic United and McClair was brought to lead the line after Ferguson`s appointment at the start of the 1986 campaign failed to produce a trophy.

Indeed, Manchester United would be trophyless until 1989-90 despite McClair`s tally of 24 league goals in his first season, which established his place in the team and, although he was never really effective as a forward, Brian found favour with Ferguson in what was initially a midfield support role familiar to United fans from the days of Sammy McIlroy (1971-81) who`d begun as a centre forward as `the last of the Busby babes` nurtured by legendary manager, Matt Busby, scoring in a 3-3 draw against Manchester City at Old Trafford in the 1971-72 campaign and was preferred by succeeding manager, Tommy Docherty, in a midfield support role after the team was relegated and promoted in successive seasons (1973-75) before winning the only trophy of Docherty`s tenure, the FA Cup in 1977 with a 2-1 victory over Liverpool who were almost treble winners that season but for the Wembley upset as the Merseyside giants` league championship side went on to beat Borussia Monchengladbach 3-1 in the European Cup Final of that year. Super `Sam` had almost won the FA Cup the previous season for United but had inexplicably hit the left hand post with a header when it seemed impossible that it shouldn`t go in and the Old Trafford outfit had lost 0-1 to Second Division Southampton and a late `sucker punch` from Bobby Stokes in a Southampton counter attack after United had dominated throughout. Just as McIlroy`s goals dried up under pressure with his highest number of goals scored being 10 in 1975-76, so McClair reached double figures only thrice more, 10 in 1988-89, 13 in 1990-91, and 18 in 1991-92, in a `converted` goalscoring midfield support role. 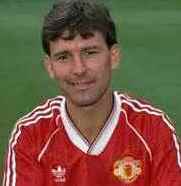 In a distinguished career Brian McClair emulated two Manchester United legends, Arthur Albiston (1974-88), Scotland`s left back, and England`s captain, Bryan Robson (1981-94), who both won three FA Cup winners` medals in a period of relative mediocrity. Arthur had been fortunate that an injury had kept Stewart Houston out of the 1977 FA Cup Final, but appearances in the 1983 Final against Brighton and Hove Albion (2-2 and 4-0 in the replay) and Everton in the 1985 Final (1-0) were the record breaking highlights of a fourteen year career at Old Trafford`s `Theatre of Dreams`. Midfield powerhouse Bryan Robson arrived when his manager, Ron Atkinson at West Bromwich Albion, decided he couldn`t accept the job in Manchester unless Robson went with him. Bryan signed in 1981 for a then record transfer fee of 1.5 million GBP but received only 1983 and 1985 Cup Final winners` medals for his dynamic efforts until Ferguson and McClair`s arrival and Manchester United began to fulfil their potential as the club with the greatest support globally and the financial wherewithal to rise from a falsely mediocre position that had embarrassed Old Trafford since Matt Busby (1945-69) had managed the club to European Cup Final victory over Benfica (4-1) in 1968. 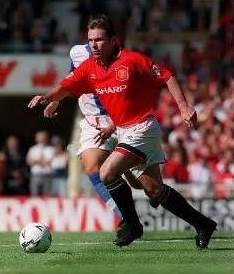 Although McClair scored only 5 times in 1989-90, his support from midfield was a factor contributory to Manchester United`s first trophy under Ferguson and since the FA Cup Final victory over Everton in 1985 overseen by `Big Ron` Atkinson. The victory was Robson`s third and last; even though a very young United side would win the FA Cup without him in 1994 while he was still a vital part of the championship winning squad that term. McClair would be a part of that success too, although he`d come off the substitutes` bench to score the fourth goal against Chelsea in the 92nd minute. Notable by their absence, McClair and centre half, Steve Bruce, didn`t make the 1996 FA Cup Final in which `Fergie`s Fledglings`, who`d won the double in 1993-94, were going for the FA Cup again after winning the championship in 1995-96. United won against Liverpool 1-0 after a typically mercurial performance from inspirational captain and French centre forward, Eric Cantona, who scored in the 85th minute with a volley through a crowd of Liverpool players inside the `keeper`s area. McClair and Bruce were surprisingly omitted but, after winning the Scottish FA Cup in 1985, the Scot did have three FA Cup Final winners` medals and so had emulated England captain, Bryan Robson, and fellow Scot, Arthur Albiston, left back for his country and United. 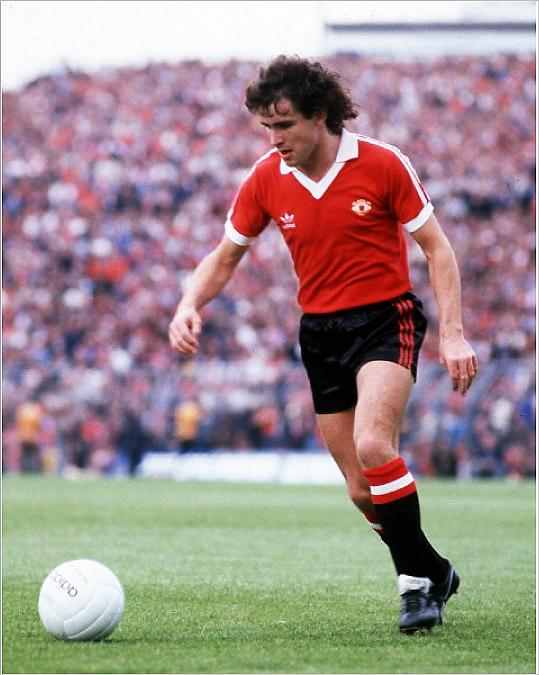 McClair`s spell at United was rewarded with more than two FA Cup winners` medals to add to his Scots` Cup medal and league championship. Robson`s perseverance was rewarded by a winners` medal in the European Cup Winners` Cup Final of 1991 against Barcelona (2-1), followed by the European Super Cup (1-0) in which McClair scored the winning goal against European Cup holders, Red Star Belgrade, in the 67th minute. A league Cup winners` medal in 1992 following a 1-0 win over Nottingham Forest with a goal from McClair in the 14th minute, before United`s first championship in twenty-seven years in the 1992-93 season, were rewards for injury prone Robson and squad player Brian, who both kept persevering and picking up trophies with just a few significant appearances towards the conclusion of fine career contributions. In 1992-93 and 1993-94, Bryan Robson made 14 and 15 appearances respectively and picked up a championship medal on each occasion before ending his career at United, while McClair also kept up appearances and claimed a championship winners` medal in his penultimate season of 1996-97 with his lowest number of appearances (19), before a trophyless 1997-98 (13) season saw the end of a United playing career that was never anything less than doggedly determined and fiercely understated in its illustriousness.